When the Body Corporate of Wellington’s Westhaven Apartments approached Prendos, they were looking for a sensible solution to the building’s weathertightness issues. Building Surveyor Leon Goodwin took a look and discovered there was more to it than initially thought.

“Westhaven Apartments is an original 1930s art deco building that had a four-storey extension added in the late 1990s – and this was where the problems lay. The extension was timber framed and clad in the fibre cement boards that were so popular at that time. After a partial investigation we removed the cladding and discovered the extent of the damage was far worse than first thought. There was a lot of timber rot and all of the framing in that portion of the building needed to come out.”

Prendos was engaged as quantity surveyor, building surveyor, structural engineer and architect for the remediation project, with Leon taking on the dual role of technical expert and engineer to contract, or project manager.

“The residents of Westhaven remained in occupation throughout the project, so a high level of management was needed. Thankfully, because Prendos had all of the required services in-house, it made coordination of the various disciplines a lot easier!” 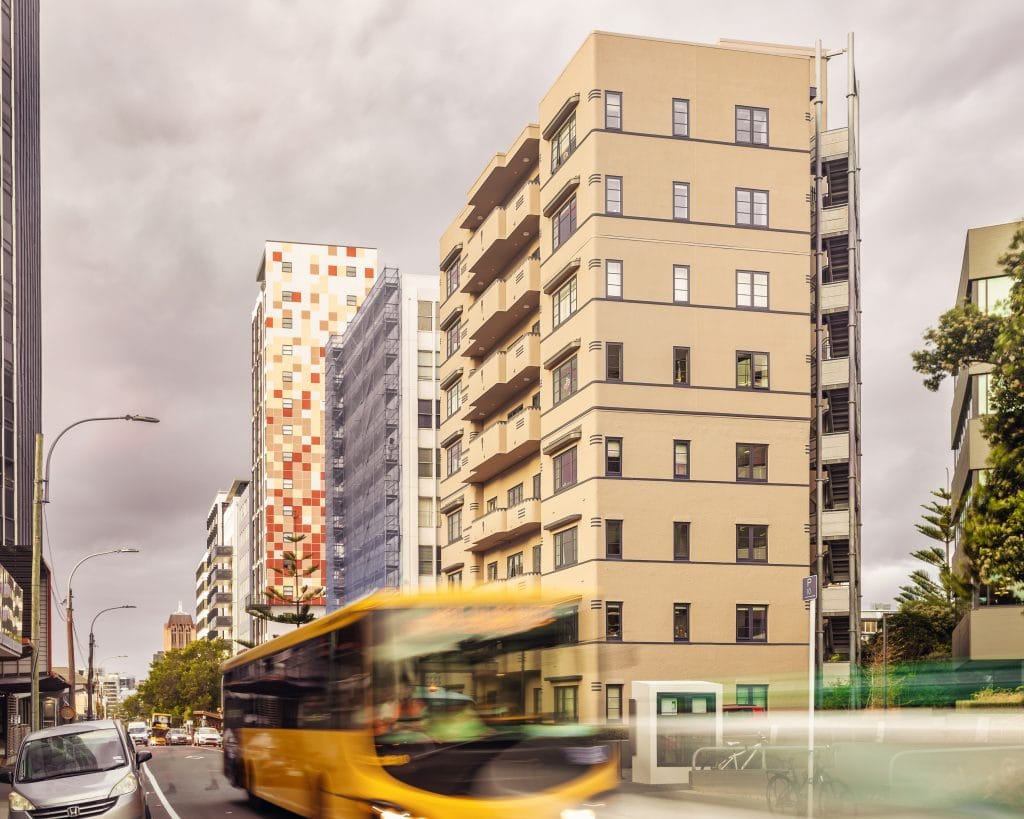 Prendos’ architectural arm, Respond Architects, took on the design elements of the job.

“The project came with a number of design challenges,” Leon explains. “Firstly, we discovered the building had two timber ‘skins’. Most standard buildings have one skin of framing, but Westhaven had a steel framed structure with timber framing infilling the gaps on both the internal and external faces of the steel. Essentially it had two walls – both of which were decayed or compromised from a structural or passive fire rating perspective.”

The team also discovered areas of the building that weren’t properly sealed or ‘compartmentalised’ in terms of passive fire protection – something that’s essential in large multi unit apartment blocks to prevent fire spread both between apartments and externally.

“Inside the two ‘skins’ was an open void which was not compartmentalised between floors or at inter tenancy walls. In the case of a fire this would have allowed vertical and horizontal spread through the walls of the building. On top of this, there was an amount of seismic strengthening required to bring the building up to current regulations. It was missing critical structural connections to the steel frame, and we had to install additional bracing beams that were missing from the original design to link the external lift shaft to the main building. It was certainly a big job!”

Respond Architects worked closely with Prendos Structural Engineers to come up with a design solution that would not only address the seismic, structural and passive fire issues, but ensure the building retained its art deco style.

“It was critical that the 1990s addition was in keeping with the classic look of the original building,” explains Leon. “Addressing the existing issues of the top four storeys gave us the chance to improve the aesthetics. From a construction perspective, it would have been easier to design with more modern materials, but the clients were very keen to maintain the building’s original art deco look – and it was a good decision. Anything else would have looked odd on top of such a beautiful building below.”

“The art deco curves were something we simply couldn’t have achieved with most standard cladding systems. The Stucco System uses reinforced mesh which wraps around the boards. Multiple coats of plaster are then applied, which are built up and formed to make curves. We also retained the original art deco colour scheme, applying darker shades on the plastered accents around the balconies, much like you see in Napier’s art deco styled buildings. The result is a really beautiful building that is very much in keeping with its origins.” 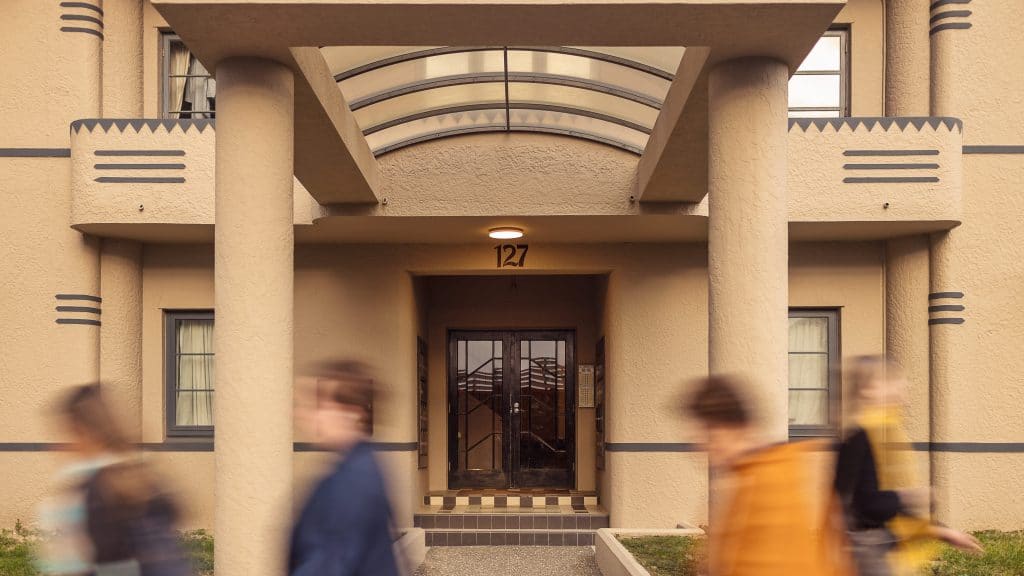 Despite the massive amount of additional work required on top of what was originally planned, Prendos managed to keep the project’s timeframes and costs down while allowing the residents to stay in their apartments throughout the whole process.

“At the outset of the project we went through an extensive negotiation period with the contractor, with the assistance of our in-house quantity surveyor. We investigated a number of redesign options and different materials to make the project as cost effective as possible while still achieving the desired outcome.

“Once we’d uncovered the extent of the building’s issues (something that was only possible after the external cladding was removed) we then worked closely with the contractor to carry out a programme ‘resequencing’ exercise – breaking the building into vertical sections so that tradies could keep working continuously. One elevation was remediated first, which allowed the plasterers to make an earlier start while the carpentry and linings kept momentum on the other faces.

“We also tried to be as transparent as we could throughout the project. At the start of the job, for example, we advised the client to allow for the potential replacement of the roof coverings, as we could see it was highly likely that timber decay had occurred at the roof parapets and would therefore affect the roof structure at the very least. Plus, we couldn’t remove the affected framing/cladding without affecting the roof coverings.”

Because this wasn’t initially in budget, it was agreed to leave it out of the contract scope. However, Prendos agreed to complete the roof design and price the work up front, so that when it came to the point where roof replacement was required, the client had a tendered price to work with.

With so many different service areas involved in the project, Prendos’ multi-disciplinary offering made a big difference to project timeframes. In-house building surveyors, structural engineers, quantity surveyors and Respond Architects, as well as an external fire consultant, were coordinated by Leon as project manager/technical advisor.

“Having 90% of the required disciplines under one roof meant everyone was really on the same page. We worked together seamlessly – allowing for far quicker, smoother coordination of design information and a notable reduction in timings and therefore costs.” 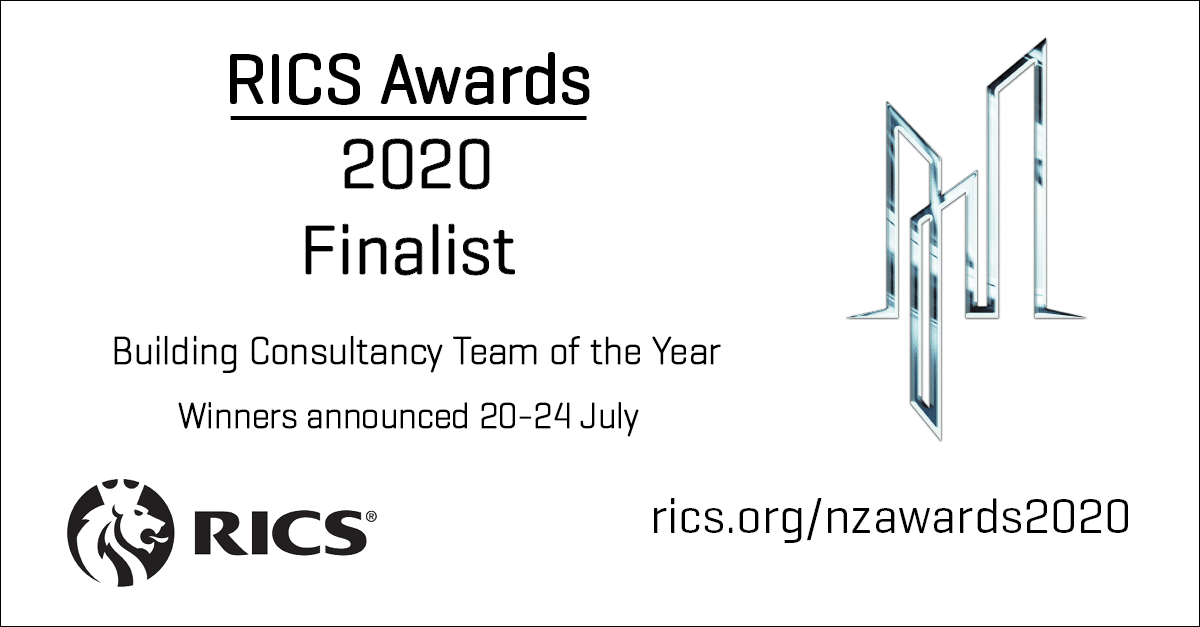 Need help with your property? Fill in the form below.