High rise living is the norm in many parts of the world and the trend is expanding globally, especially in cities undergoing renewal and gentrification of the CBD. Inner city living is becoming the preferred choice in cities such as in New York, London, Tokyo and Paris not to mention the massive growth in many of China’s cities. 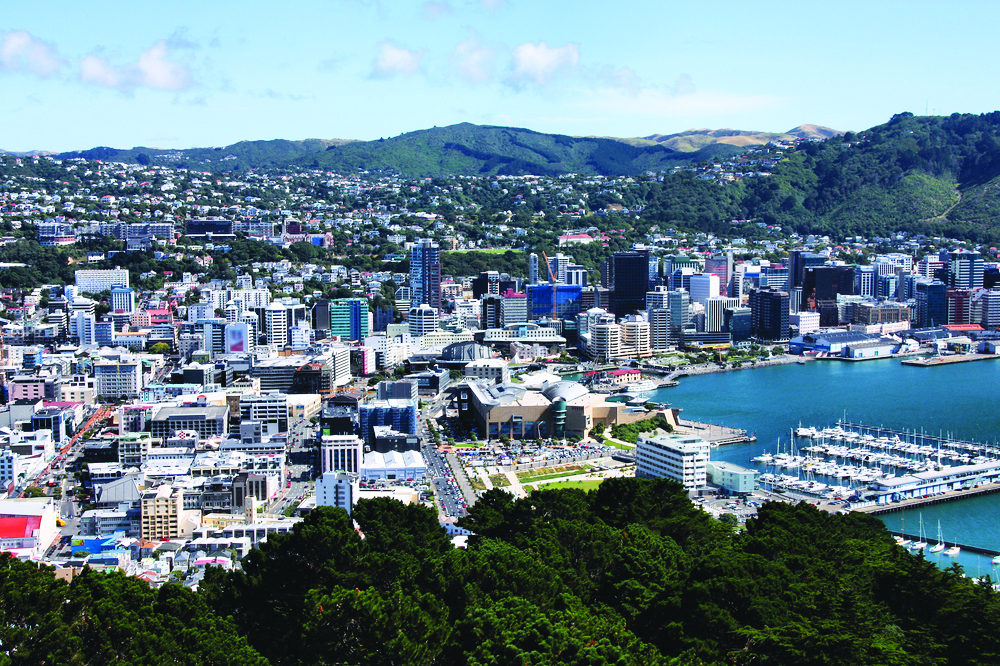 Multi-tenant, multi-level living has been an accepted lifestyle from the late 1800’s in London and in New York five storey walk up Tenement Housing became popular for housing poor immigrants from 1839, when the first one was built. The invention of the safety elevator in 1852 by Elisha Otis opened the way for higher rise buildings over six levels and for better quality apartments to be built. Apartment buildings started to be built in Wellington from about the 1930’s. The typical form of ownership was company shares (owners have a share in the company and a lease of the apartment) up until 1972 when the Unit Titles Act was passed. From the 1990’s, with the renewal of the CBD, there was a significant surge in the number of new apartment buildings and conversions. Unfortunately, building standards during this period were not always robust, making remedial work necessary for a range of problems, including leaking buildings, thus creating financial and management issues for individual owners. Concern with seismic strength is another round of issues for apartment owners to deal with. From recent comments in the press and my experience I conclude that we are still in the process of adapting to this form of communal living, partly because management of these issues is highly variable and some owners not only have to deal with difficult buildings but also administration that falls short of modern standards.

Recently there was a call from the Home Owners & Buyers Association of New Zealand (HOBANZ) for more regulation of Multi Unit Management to protect the rights of owners (who have significant equity) being managed in ways that would not be accepted in other occupations dealing with equivalent financial interests such as accountants, lawyers and real estate agents. Roger Levie, the HOBANZ Chief Executive said laws protecting apartment buyers from ineffectual or abusive body corporates and from buying a badly-built or managed unit are weak, and the cost of getting it wrong can be financial ruin. This concern was echoed by the president of the Body Corporate Chairs Group (BCCG) Neil Cooper, who has expressed concern about the accountability, responsibility and power of managers who are not subject to regulations.

When recently valuing an apartment in Wellington, the pre contract disclosure information revealed a woeful state in the Body Corporate management that was inevitably going to affect anyone who bought into the building. The developer still held a significant number of units and was clearly very influential in its governance. Levies on the un-sold units had not been paid, building insurance had not been paid, there appeared to be inadequate provision to maintain lifts and mechanical equipment, and no sign of a long term maintenance fund or plan. The apartments looked fine physically, and were being offered at very attractive prices, so buyers signed up. However, the new apartment owners were going to have to pay more than they should for building costs, management and fees and there was an ongoing risk with the management of the building.

From valuing apartments and with this type of experience, I have drawn some conclusions about ownership that may not be recognised by new buyers who have yet to be made aware of the implications and risks associated with a communal form of living. The purpose of this article is to highlight some of the things I have come across that are not always apparent in the buying process. These relate to pre-contract disclosure, earthquake classification and building maintenance. These may not impact on the valuation, but are significant risks that should be recognised.

The Unit Titles Act 2010, Regulation 2011 (UTA) has already made significant beneficial changes to what is required of the Body Corporate in management of the building and in the information that has to be provided before an apartment is offered for sale. This enables buyers to gain good insight into the Body Corporate management as well as critical issues with the building. Not only from the specific information that has to be provided, but also the approach to building management and administration.

Pre-Contract Disclosure requires some routine information on the levies, maintenance proposed for the next year and how this is to be funded, the balance of all bank accounts and if there have been claims against the Body Corporate or the units for weathertightness matters. Further information can be obtained and the owner (through the Body corporate) has to indicate how much this will cost. A further Pre-Settlement Disclosure has to be made prior to settlement, this is mostly about levies, but there is a requirement to disclose legal proceedings the Body Corporate is involved with. Receiving adverse disclosure information post contract raises the issue of whether the purchaser should get out of the contract. Checking the contract with your solicitor before signing a sale and purchase agreement for an apartment is particularly important.

The proposed maintenance and funding can give a heads up on unexpected costs that may have to be met in the next year. Organised Body Corporate administrators will provide a copy of the Long Term Maintenance Plan (LTMP) with a time line beyond the current year. Bank accounts will tell if there is a long term maintenance fund and if this is likely to be adequate to replace the elements of the building.

Seismic Strengthening Requirements
Earthquakes are top of mind in Wellington and are one of the matters that need to be addressed because some buildings have low seismic classifications. Where work needs to be done this will be at significant cost to the owners even though it may not be evident from pre-disclosure. However a check with the council will reveal if they have done an Initial Seismic Assessment (ISA), and from there the seller or Body Corporate can provide additional information on any other report that may have been commissioned and any upgrading or reclassification proposed.

There is a strong preference for seismic performance to be 100% New Building Standard (NBS), and this is available in most of the newer apartment blocks. Older apartment blocks should meet a 66% NBS standard, and the Council have carried out ISA’s on most apartment complexes. For most that have not made the 66% threshold, the Body Corporate will be taking independent engineering advice on the NBS, and on the cost of achieving compliance and the level of NBS that the building can be brought up to.

Buildings in need of seismic upgrading have to be funded by current apartment owners and the costs can be significant. Consequently these apartments will have lost much of their value and this makes it more difficult to fund the seismic work. However, once done, the value does return. Interestingly, there is a market for the units before the upgrading is done but this means realising the loss in value as a result of the low NBS seismic rating.

Buyers need to be aware of the %NBS for the building and what investigations are being done for upgrading prior to a decision to purchase being made, as these costs are usually substantial for all owners in the building and can be highly variable as the type of work is not always certain.

Building Maintenance
Whilst the disclosure requirement can reveal maintenance proposed for the next year, this is a small part of the Body Corporate’s role in managing building maintenance. The UTA requires a minimum of a 10 year maintenance plan for the building, but this is hardly adequate, when many elements in the structure will require replacement in longer time frames, such as; lifts, roofs, common area flooring, and mechanical equipment such as front doors and garage doors.

There was a common view some years ago that the Body Corporate should minimise building outgoings as this would provide the best return for the owner as an investment and reduce the outgoings to those living in the building. This short term thinking is not appropriate for effective management of apartment buildings that inevitably have multiple elements that need to have their condition regularly checked and maintenance and replacement planned for. Failing to do this means that the element may deteriorate prematurely, and it means that owners at the time will have to meet the full cost of major work when the cost should have been spread over the lifetime of the building element.

For new buildings there is less risk for buyers, but this is the time to set up a LTMP and associated fund in a separate account, to fully fund elements that will require replacement or significant maintenance in the longer term. This is the time it should be done but often is not, as there is no imperative and the sellers are trying to make the apartments more attractive by keeping costs low. For buildings 10 years and older the matter becomes more important for buyers. This is where I am noticing a gap in planning and funding or what will be required to replace elements of the building that have a limited life. Repainting the exterior, roof replacement, renewing lift equipment and common area carpets, for example, all start to become necessary and funding for this should be in place.

Often a pre-purchase inspection will be obtained for an apartment, but this is unlikely to cover the whole of the building or the long term matters referred to above, yet individual owners are liable to pay their share of all common components of the building. A first floor owner will not be able to tell if the roof above the twelfth floor penthouse is due for replacement or if the lifts need replacing next year, both of which the new owner could be liable for part
of the cost.

As a valuer I am looking for an adequate LTMP and the account balance for the long term maintenance fund. Are these adequate, and do they reflect the condition of the building? A 10 year plan is a clear signal that the Body Corporate may be doing the minimum which is a risk for new owners.

When lending on apartments, banks are now looking at the pre-disclosure information and asking valuers to advise on this information. It is the risk element that we highlight if the Body Corporate is not up to speed in its LTMP and fund. The risk to the buyer in non-new buildings is that they will have a significant expense in maintenance or replacement that should have been paid by the previous owner.

Buildings are not static and need updating from time to time and the LTMP should allow for foyer upgrading and improvements to the property to keep it up to date and to preserve the value of apartments in the building.

To find out more about how we can assist when purchasing an apartment, seismic assessments or our property valuation services call 0800 PRENDOS or email prendos@prendos.co.nz.